Kodiak College continues to function primarily via alternate course delivery, remote work, and controlled access to campus facilities. Campus services are available virtually and face-to-face by appointment. Please contact us if you have any questions. Learn more about UAA's COVID-19 response. 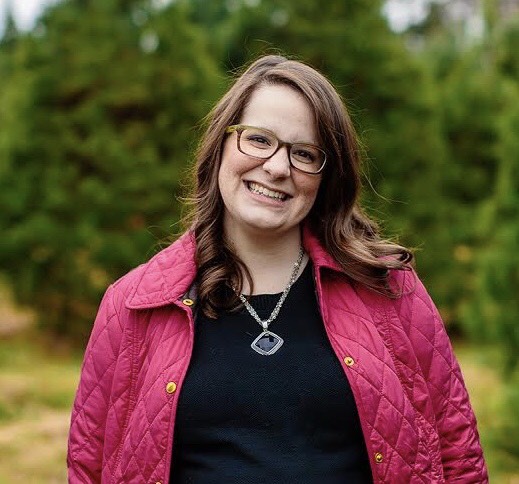 Cortney (McGuffie) Streaker earned an A.A. in General Studies in 2007 from Kodiak College. She also worked on campus as a Student Assistant for Student Services and as a Teaching Assistant. She went on to complete her Bachelors Degree in Sociology from Ashford University.

Her favorite professor at Kodiak College was Dr. Cindy Trussell from the Natural Sciences Department. Though she says science was not her strongest point, Dr. Trussell "always made it relevant and helped us understand why the concepts mattered. She made me want to learn." .
Cortney now works in the Washington DC area as a Contracts Representative for Northrop Grumman Corporation, a major government contractor.

Cortney shared that she has many wonderful memories of Kodiak College and says it was such an influential part of her life. "I remember the day I walked onto campus as an 18 year old that had just moved to Kodiak - it was summer still, but i was ready to go! I very quickly realized once I started classes what a special family my KOC crew was, and when I say “family” I mean both figuratively and literally since my mother and brother attended at the same time I did, sometimes even taking the same classes as each other. I remember dropping public speaking twice (I was so terrified….how far I’ve come), editing down hours upon hours of bear footage as Mr. (now Dr!) Schreiter’s TA, and traveling to Juneau for a student government trip where we met then-Governor Murkowski. I even helped edit the course catalog one year!” .
She now lives in the rat race that is the Washington DC/Baltimore metro area and says she has cherished memories of the peacefulness of campus and the amazing views of the forest through the library windows.