When Detective Sergeant Kathleen Gambling began teaching criminal justice classes for Kodiak College this year, she drew from years of study, a passion for the subject, her experiences in law enforcement, and a commitment to helping young 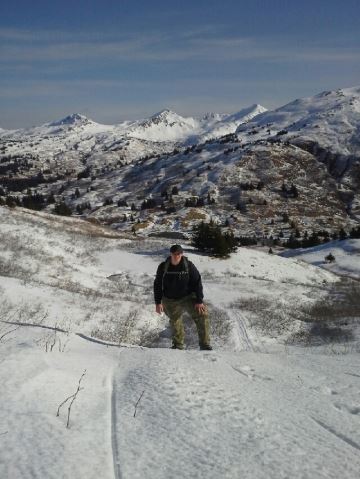 “I love criminal justice. Understanding what it is—the mixture of sociology and the way the outside world puts forces on an individual, how their own mind and psychology makes them create decisions, and the study of law itself. I find it fascinating,” Kat said, “I love the theories behind it and all the different aspects of why people commit crimes. Being able to pass that on, that’s fun.”

Kat is from Newfoundland, with its miles of coastline, small fishing towns, and temperate climate—so it’s not surprising that Kodiak Island feels like home to her (although without the thick Irish accents she grew up with). After high school graduation, she came to the U.S. because Canada didn’t offer a criminal justice program within their college system. In spite of knowing exactly what career she wanted, it took time and determination to see that goal realized. For one thing, in both countries you have to be at least 21 to be a police officer. For another, academically, Kat had to overcome the challenges of having dyslexia.

“I do presentations with students, and I tell them ‘I have a learning disability, it was diagnosed when I was 7. I still have a master’s degree. I’m still successful at my job. It’s not an end. You figure out different ways to do things. You figure out what works.’ If I have a big, important report, I hand it off to have someone check it for spelling mistakes. That’s how I’ve been successful. Figuring out how you individually learn, and then working through that, figuring it out, that transfers into basically everyday life and your job.” 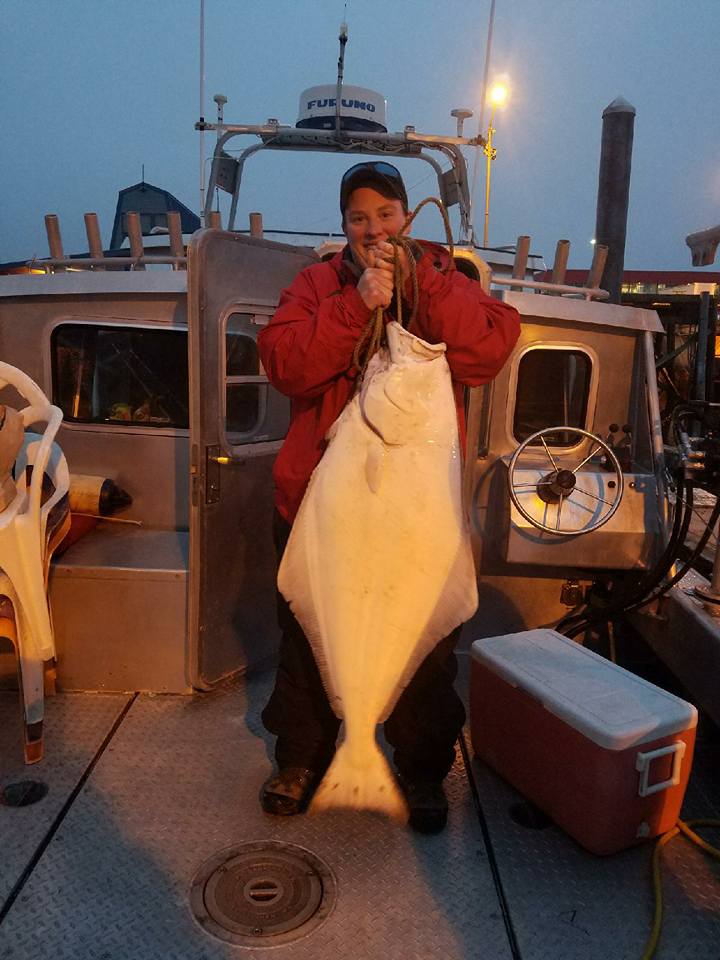 Western College in Yuma, and then looked for a job in a similar field to help with student loans. That led her to Texas, where she worked her way up within a security company that contracted with hospitals. At the same time that she managed security for a nine-hospital healthcare system, she completed her college education and worked on gaining American citizenship.

When a friend reached out about moving to Kodiak, Alaska, Kat quit her job, loaded up a Ford Bronco with four cats and two dogs, and headed north, in November, towing a Rav 4 behind. Near Fort St. John, B.C., they hit a patch of black ice and spun into a ditch.  The dogs went tumbling, one cat flew into the back of her head, the Bronco’s back window broke and the Rav’s front bumper came off completely. But within a week they were back on the road, only this time driving separately at a top speed of about 45 mph for the last 5,000 miles to Alaska.

Kat worked three part-time jobs in Kodiak before being hired by the Police Department as a corrections officer. She later attended the Police Academy in Fairbanks and was soon promoted to general detective. It is challenging work, but it’s important to her to be the voice for those who don’t have one.

“Whether that’s a kid, or someone that’s been abused for multiple years, someone that’s been sexually assaulted and doesn’t have the strength to stand up without someone additionally, being able to be that voice. That’s basically what I do day in and day out,” she says.

She often counsels new officers about the challenges of small-town policing.

“One day you’re going to have someone that’s your suspect,” she said, “the next day they’re going to be your victim. And getting people to recognize that they should get treated as every other victim, that they deserve to be heard, they deserve just as thorough an investigation as anyone else? Sometimes that can be difficult to push through.” She says it can also be difficult to get people to report and come to the police.

“We know that some of our population are being openly victimized but because of their past relationship with local law enforcement, how they’ve been treated, getting them to actually come forward and tell us what’s going on so we can help them with that situation is definitely hard.” She frequently works with organizations like the Kodiak Child Advocacy Center and Child Services to offer additional support to victims and their families. She also volunteers in the school district on the Violence Prevention Committee and the Health Curriculum Review Committee.

In her time off, Kat seeks out woods, water, and sunshine (when she can find it). She coaches youth soccer, and spends time with friends. She says that “seeing kids be themselves, especially kids that are healthy and have healthy supportive parents, kids being able to interact, which is completely separate from what I deal with on a day to day basis, it stops me from getting too cynical.”

Her cats and dog, Bow, short for Rainbow, bring her a lot of joy. And she’s a fan of British detective drama, but laughs over the question of whether she’s better than the average person at solving a mystery novel. “Sometimes it’s just human intuition, not necessarily detective skills, it’s more just picking up on what clues the author drops.” She says she didn’t 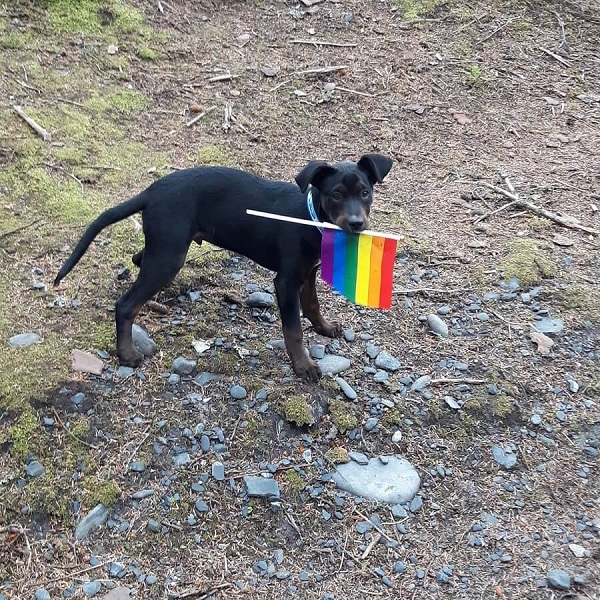 become a reader until her adult years because dyslexia made reading such a chore as a kid.

“My mother could not get me to read a book when I was a child to save her life. Send me outside and I’d get muddy and play all the sports I wanted to play. But don’t sit me down with a book. But numbers and putting things together like that, that actually made sense to me.”

She has always loved math and problem solving. “It’s basically how my brain works. That’s how I look at my job. It’s putting puzzles together, it’s taking pieces and seeing how they fit. It’s problem solving and finding what’s missing. That’s generally how I approach most of my investigations.”

Although this is her first year teaching at Kodiak College, Kat has many years of experience teaching within law enforcement, from training new officers to creating courses on individual safety and defensive tactics to leading orientation for a class of 200. A self-proclaimed introvert, she has no problem leading classes when she’s in work mode, but, “Stick me in a social situation and you’ll probably find me in a corner.”

She’ll likely move farther into education when she retires from policing, in part because she sees teaching as a tool for positive change. She says that today’s society rightfully has concerns about the current justice system, and being able to share information from an officer’s point of view is important. This is true for the general community and jury pool as well.

“And not to sway them on my side and say that I’m always right. A jury is to listen to the evidence and weigh it, but for them to be able to effectively do their job, we want them to use their common sense, their knowledge, and having a bit of

education with regards to why things are being done, and how to question that, is important.”

Kat believes that educating the next generation is the best way to fix what is broken within the criminal justice system, because, “Anyone can say, ‘This is wrong,’ but understanding why it’s wrong, or why it’s being done that certain way, people need to know that.”