If this were a celebrity profile in Vanity Fair, it would mention that when meeting for an interview across from the boat harbor, Jacelyn Keys wore black high heels—highly unusual gear for Kodiak’s industrial waterfront. She claims she’s slowly giving up cute shoes for more practical footwear. But she still did manage to climb the entire tussocky hike to the Fossil Beach bunkers in ballet flats. She’s a fun mix of bling and earthy. Take her newest hobby.

“I've discovered a love of fly fishing. An outdoor sport with sparkly accessories; if only someone had told me about this sooner!”

She’s very good at casting, she says, but not so good at catching. She was fishing recently when a seasoned fly fisherman said, “That’s a beautiful double haul.” She thanked him and then quickly pulled out her phone to google—What is a double haul?

And when someone asked how she chooses which flies to use, she said it’s easy; she picks the ones with glitter. 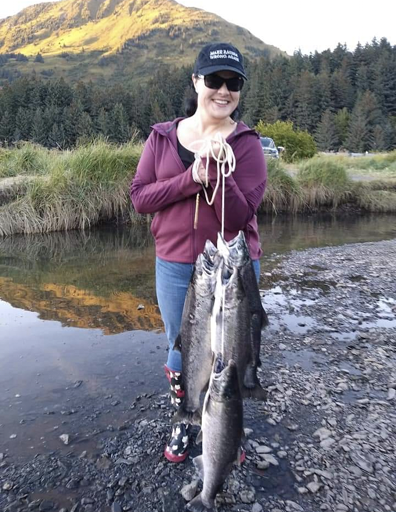 When it came to choosing to apply for the Kodiak College Director position, though, she had a very systematic approach. She knew she was ready for a change after twenty years in Oregon’s higher education system serving as director of Hermiston Center at Blue Mountain Community College, resident director at Oregon State University, and interim director of Student and Campus Life at Central Oregon Community College.

For Jacelyn, Kodiak checked many boxes on her job search list: an institution rooted in service to the community, a focus on diversity, equity and inclusion, and work with traditionally underrepresented populations. She accepted the position in spite of challenges like decreased enrollment and declining state funding and perhaps because she recognized that such challenges are not unique to Alaska.

“There is no place where higher ed doesn’t need work,” she says. “The difficulties we were going to face, I mean, who isn’t? And thank you Covid for making that harder. If there’s a place in higher ed that isn’t struggling right now, it’s probably a Harvard or a Princeton and I have zero desire to work there in the first place. That’s not the population that I want to work with.”

Kodiak has proven to be a good fit for Jacelyn, who relishes everything from whale watching to hiking through rainforests to berry picking (although she’s not sure yet what she’ll do with the 36 cups of salmonberries or fifteen pounds of rhubarb in her freezer).

“The views are breathtaking.  I am a HUGE fan of the luscious textures and colors of the moss. The beaches are lovely. I will never live in a place that is this gorgeous.”

Ultimately, what has won her over is “the people, hands down. They are what tugged my heart and brought me here, and they are what holds me here.”

Another of Jacelyn’s loves? Making lists. Her calendar is full of them, and she takes it with her everywhere.

“I pack this little darling around and if I lose this, I lose my brain,” she says. “I’ve never made it through a to-do list completely. But I try to follow through because I think that’s so important with the people I work with, that if I say I’m going to do something that I do that. That’s how you instill trust.”

Jacelyn says she decompresses in the kitchen. The list of baked treats she’s shared at Kodiak College reads like the menu of a lines-form-around-the-building bakery: Pumpkin whoopie pies with maple cream cheese icing. Homemade bagels. Apple cider donuts. Dark chocolate bourbon cupcakes filled with pecan pie filling and topped with a butter pecan icing and cinnamon and bourbon candied pecans. Guinness Infused chocolate fudge brownies with a Guinness ganache. I reluctantly erased another dozen desserts from this paragraph because it was getting too long.

“I tease that I build relationships with butter and sugar,” she says. As resident director at Oregon State University, living in a 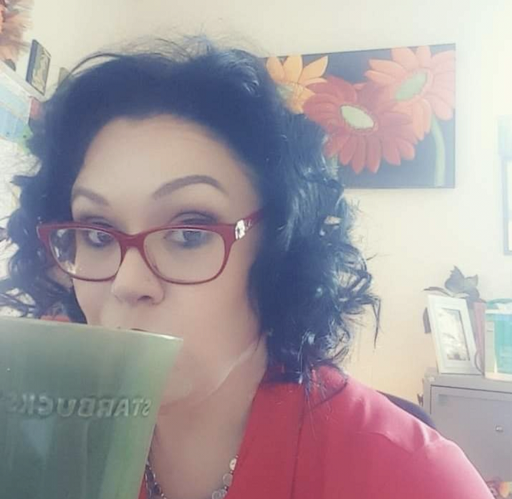 hall with hundreds of athletes, she was looking for a way to relate (knowing nothing about football or basketball). “Sports was their whole life, it’s why they were there. Many of them were on scholarships. College was not accessible to them without this sport that defined them. I needed to find a way to connect to them, because I couldn’t speak their language.” So she started baking cookies, at first from a roll of Nestle Tollhouse dough. “They would come in, bring papers in, get tutoring help while they’d eat cookies and pet the dog. And they’d share, hey this is going on, or, I really miss my mom.” One student brought in his grandma’s cookie recipe, hoping Jacelyn could recreate it. “I had no Kitchen aid, no nothing. I’m mixing these super thick ginger cookies by hand. I had to go buy a bowl and a spatula.” Those cookies made the student so happy, it started a weekly tradition.

When she moved to Hermiston, she baked cupcakes to win over an extremely introverted colleague who wouldn’t talk to her or make eye contact.

“For nine and a half months I made cupcakes every Friday and took them in, and that was the only day that she would talk to me, was Fridays. Now she’s one of my dearest friends.

While she’s baking, she watches shows. She loves all things Marvel, (Captain America is her favorite of the Avengers) and has watched the West Wing “8 billion times” because it affirms her wish to “live in a world where good things happen, people bring good intent to everything, and when we screw up, we own it.” 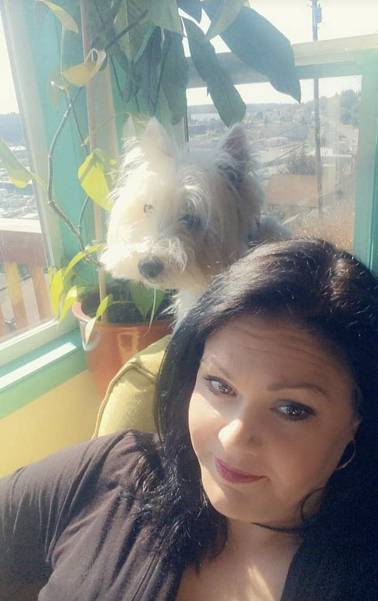 Jacelyn says that her house is rarely silent. “That’s how I keep my brain quiet, because in silence my brain races and I don’t feel like I can channel anything productively.” While she cleans, she listens to books on social justice, cultural ways of knowing and doing, dismantling white supremacy, and to everything by her favorite writer, Malcolm Gladwell. In the shower, she listens to podcasts on Spotify and actually keeps a white board in the shower to take notes. Her kindle is mostly romance novels and her bookshelf holds classics by Dorothy Parker, Jane Austin and others. She says her favorite book is Desmond Tutu’s No Future Without Forgiveness. “On a macro level this book showcases the hard things people can do when they choose bravery, vulnerability, and humanity.  Those things were just words on a page until I thought about it in terms of how to move on as a country after something like Apartheid.

“The historical perspective in this book is fascinating, painful, and gut-wrenching,” she says. “On a personal level, I was taught to think of forgiveness as something I gave to other people because it was expected or nice and then move on as though nothing had happened.  This book shifted the concept of forgiveness for me.  Forgiveness is for myself. It’s a step in healing.  And forgiveness has to come with boundaries. It doesn’t always mean moving forward in a relationship with someone and it always means self-reflection and the courage to set, communicate, and hold to boundaries that are important to my health, happiness, and humanity.”

Jacelyn enjoys volunteering in the arts, and has worked with trauma survivors, as a victim’s advocate working with court appointed special advocates for kids. And she says she is still figuring out life on Kodiak—like the three weeks it takes to get an Amazon Prime order. Or how an electric fence that wouldn’t deter cows could save chickens from bears. That fall, her favorite time of year, seems to last about a week. And how people walk their dogs in winds that would elicit small craft warnings in Oregon, and wear Xtra-tufs with dresses.

“People here are gracious,” she says. “And willing to share their world and answer questions as I make connections and correlations to a world I know.”