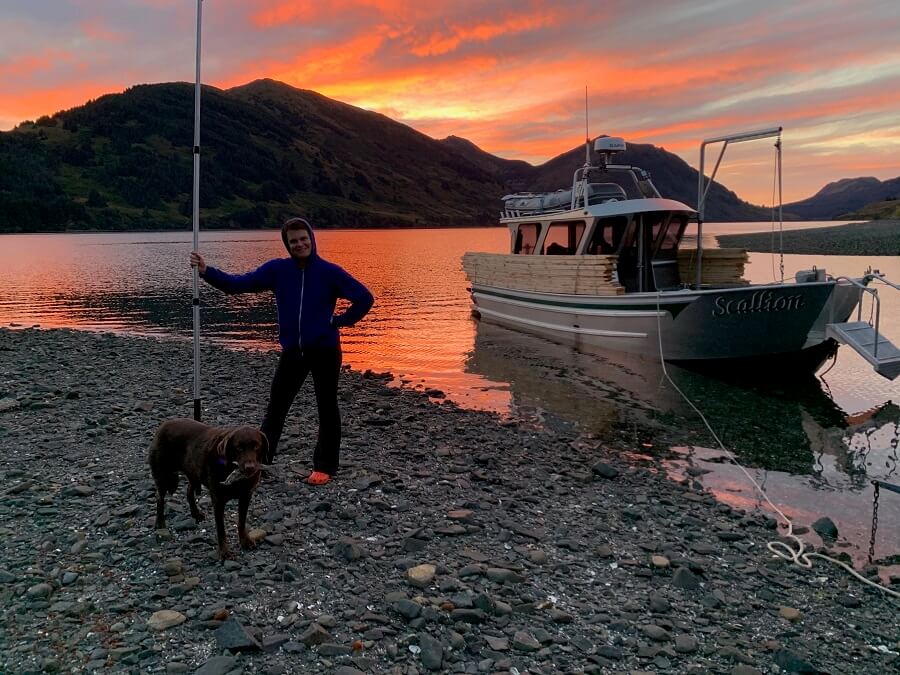 Meghan Kelly can’t pass an animal without befriending it. There’s a good chance she has stopped to talk to your dog on a trail or sidewalk around Kodiak. Rabies is an actual travel hazard in her globetrotting. In Romania, looking down from a mountain tram at a pack of wild, giant wolf-houndish dogs, she thought, “This is my place.”

She’s spent time with giant tortoises in Ecuador. Seeing mountain gorillas in Africa is on her bucket list. She was raised on a farm in Wisconsin with chickens, horses, cows, sheep, cats, dogs, bunnies and two brothers with miscellaneous amphibians.

As a kid she read every book with an animal on its cover, and participated in years of 4-H. “I was a very successful show-er of sheep at our local county and school fairs,” she says.

She planned to grow up and be James Herriot, veterinary surgeon, but went into law instead. Her dad is a lawyer, and she 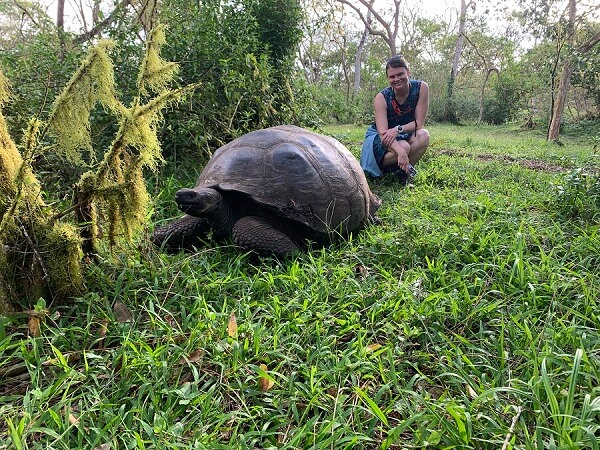 was raised with a strong sense of social justice.

Meghan is a Board Support Officer for Afognak Native Corporation and is also an adjunct at Kodiak College, teaching Business Law.

She says of the course, “I wish I’d had a class like this before law school, because it gives a more practical context to what you’re studying. Business law is something we all deal with every day in a lot of ways–contracts, agreements–the sort of basic principles of interaction in society. People get excited to learn about it.”

Her advice to students considering law school is: “Seek out practical externships. That’s helpful, because you’re in a bubble with other students during school and largely without context to what you’re learning. You learn it on the job, but it’s nice to find a mentor in the field you’re interested in.”

Meghan moved to Kodiak immediately after graduating from Sturm College of Law-University of Denver. She took a judicial clerkship, a year-long commitment that seemed like the ideal way to try living in Alaska before moving back to Colorado and “starting her real life.” 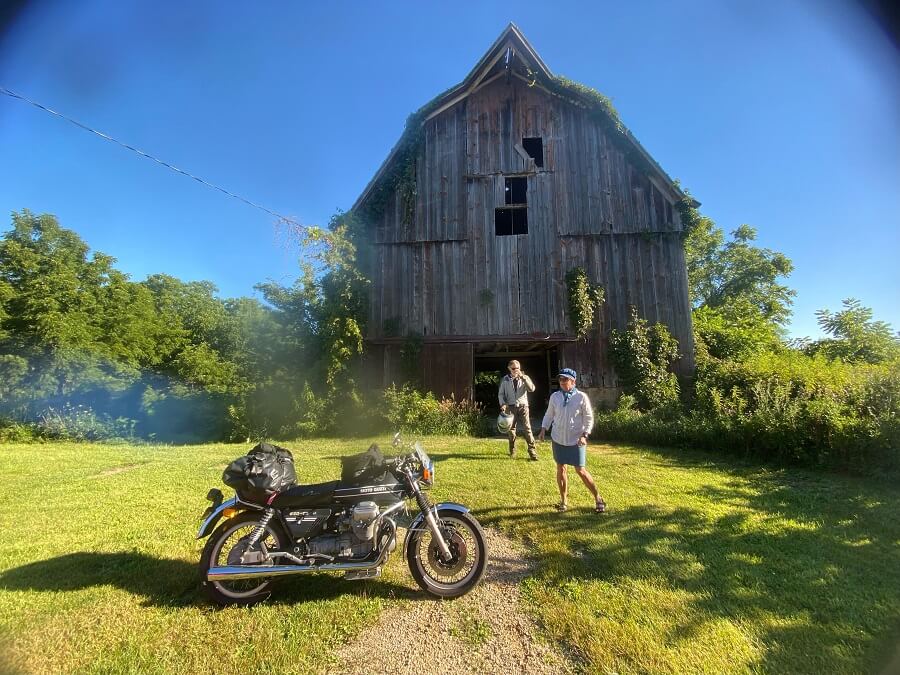 “Growing up, my parents used to tell a lot of stories about their trips to Alaska in the seventies. They were good stories. They rode Moto Guzzis, back when you could still do things like drive motorcycles into Denali. Alaska, the allure of it, was on my radar.”

The summer before the move, she studied for the Colorado Bar Exam at a neighborhood library, and watched the library’s entire collection of Northern Exposure during study breaks. “I went deep,” she laughs. “That was what I envisioned coming to in my mind—charming, Sitka-esque. (Although I’d never been to Sitka.)  It was not what I found, coming in.”

“Kodiak was really wild. On the way up, a bear got hit by a car on the road right outside our hostel in urban Anchorage, things like that happened that make you wonder, How did I make this decision? What have I done with my life?”

Also along on the Alcan adventure was Rebel, an adopted wiener dog (because law school procrastination took the form 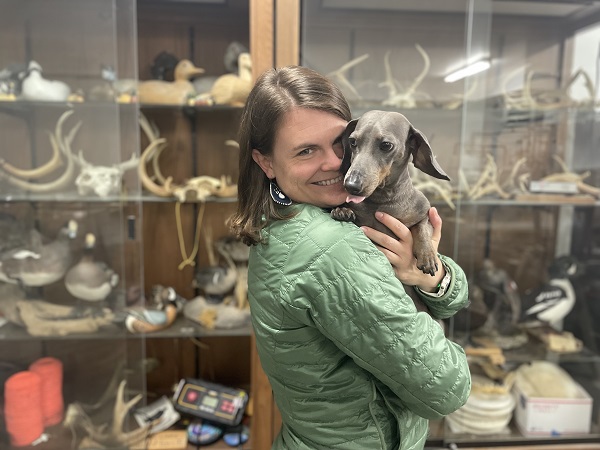 of scrolling dachshund rescue sites online) who lived to be 126 in dog years.

After a year in Kodiak, Meghan spent five years in Anchorage before moving back to the island in 2015.

“I think it was something about Kodiak I felt right away that kept calling me back,” she said.

“I love the community. People are here for each other and they care about each other in ways that are not as common everywhere.”

She says, “It seems like I get my breath back when I come to Kodiak after being away. I like the pace of life. During Covid all I did every day was go for a walk. And how would I have survived it without a place like this? I really appreciated it.” 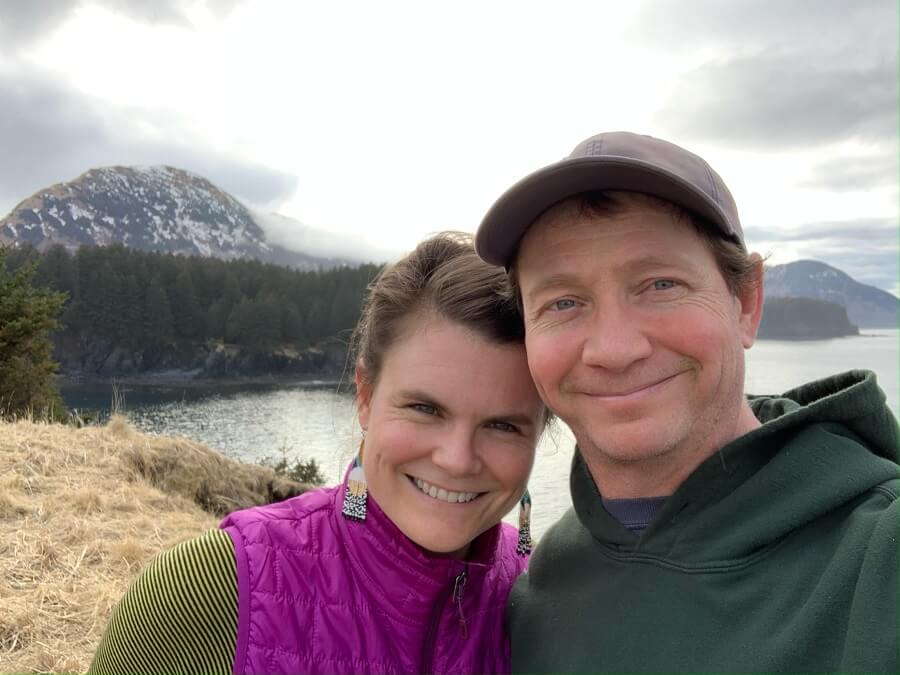 She realized recently that almost all of the photos on her phone during those pandemic months are of Lily, their dog, and Meghan, out hiking together. There are a few other significant photos in there, though, like her wedding to Rob Baer.

They were introduced by a mutual friend, John Witteveen. Years before, John had taken Meghan on her first ever Alaskan fishing trip and she caught a winter king. He insisted that she meet Rob, and even arranged a firewood delivery to encourage it. John performed their wedding ceremony in the summer of 2020. It was John who encouraged her to run for the KEA board.

“He was passionate about community service. He modeled that throughout his career, and he was proud to have young 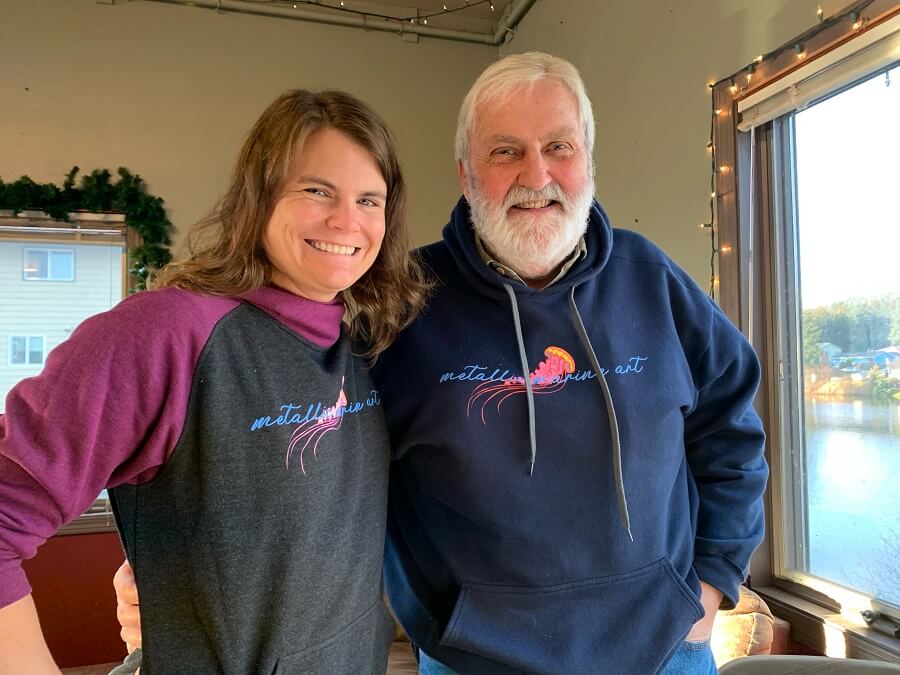 people getting involved,” she says. Meghan is a board member for Kodiak Electric Association, the Kodiak Humane Society, and Hospice and Palliative Care of Kodiak.

Asked if she’s proud of her public service, she says, “I think I’m proud of being in a relationship that’s the most successful of my life. Being in a job that gives me great satisfaction. Life is good. I’m happy with it.”

When she isn’t befriending dogs, she’s bird watching, hiking, cooking or traveling. She’s pretty good at Wordle. She’s a voracious reader who doesn’t mind staying up all night to finish a book. Some recent reads she recommends: 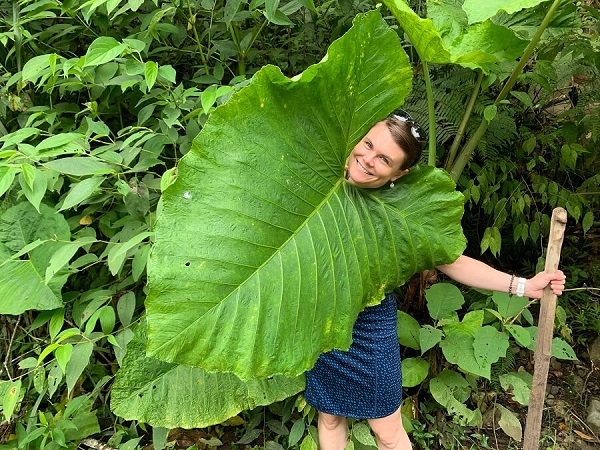 And, because she still loves animal stories, The Year of the Puppy: How Dogs Become Themselves.